Braider Plus –On-Demand Fashion and Beauty

Are you looking for a hair expert to help you groom your curly or straight? You need a professional on-demand braiding service to help you style your hair. BraiderPlus is one such application made for people who want their hair braided beautifully by an expert hair braider or hairstylist. On BraiderPlus, you can find the best braiding experts from your nearby location and get groomed the way you like.

Life is so busy these days that people do not get time to take care of themselves. However, there is something that people cannot ignore and need to keep in order. Grooming themselves is one such mandatory thing, especially for professionals and office-bearers. And when it comes to grooming, hair is the first thing that set their style. However, most people find it difficult to find braider as they want. So, fulfilling their needs our client thought of building a braider mobile application.

The client wanted to develop an aggregator application where braider the region and beyond can register and get the clients at their scheduled appointment. The aim was to allow people hassle-free hair braiding while braiders can easily grab businesses at a profitable affair.

The client approached us (Dash Technologies, Inc.) with a perfectly prepared project scope. Once, we had the confirmation and initial documents including NDA were signed, we went through the project and work on requirement gathering. We created a team comprising developers, designers, team leaders, and project managers. The core members, such as developers and designers selected the client himself.

Next, we divided the project into small tiny pieces and distributed them among team members using sprint. Then we had effective project management Zira (it was decided with the client’s confirmation) in place to streamline the accountability and workflow. We created the wireframes for the project. The client was always in the loop, so whenever there was any need for changes in the project, he directly reached out to the team and conveyed his requirement. Then our developers programmed the application.

It was an aggregator app and the client came with a few changes in the project scope during the project development. So, yes, we had a few challenges;

These were easy solutions, though our client wanted to have specific API and salecy UI/UX, so our project manager work through his requirement. We did have to spend a few complex hours brainstorming the right API and deciding on features for advanced search functions.

We went through a demographic study, created a user persona, and build to provide the best search feature.

Besides, we used Flutter technology to build an excellent user experience. We have the choice to work on other technologies like React Native, though the client was quite specific with the interface of the application, so we decided to work on Flutter.

The application is one of our best creations. We have included all the essential features along with the ones suggested by our client. All features integrated into the app are researched and well planned. Let’s explore some of the top features we have created for this braider application.

As the app is created keeping UI/UX in mind, let’s explore design through the screenshots given here. 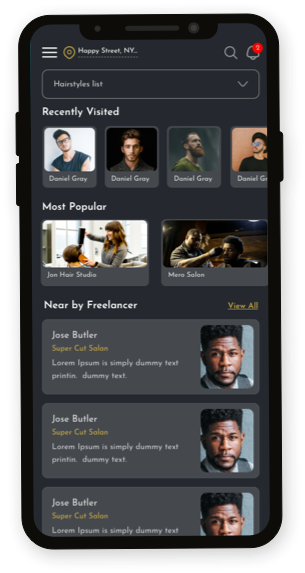 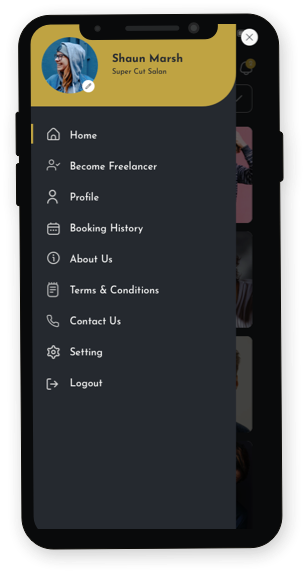 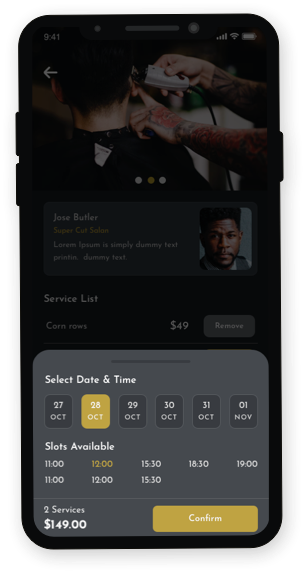 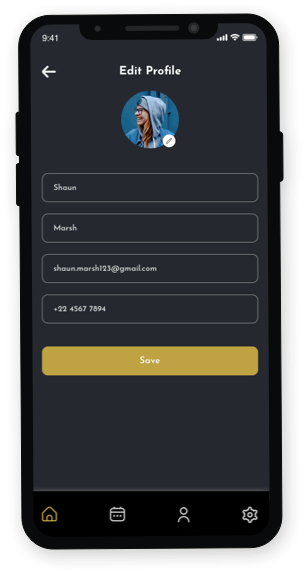 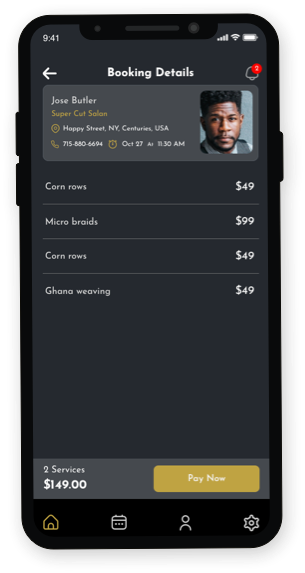 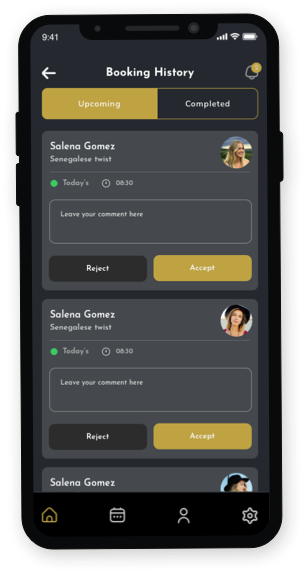 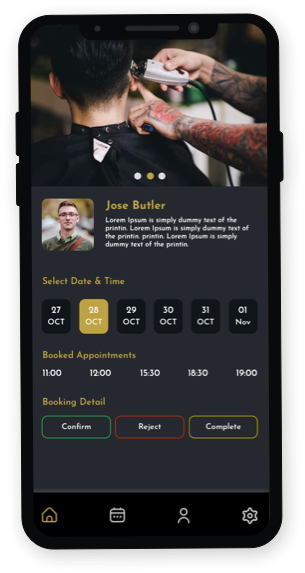 The app has achieved many milestones in a very short span of time. For example, the application is offering easy to use features and navigation. Besides, both vendors and users find the application useful as they easily serve purposes without fail.

BraiderPlus Like App is Finest Choice for Startups Today

The app is successful and doing good business. So, if you are exploring ideas for your startups, let’s connect today.

If you want to get a free consultation without any obligations, fill in the form below and we'll get in touch with you.
+1(614) 593-3274
info@dashtechinc.com